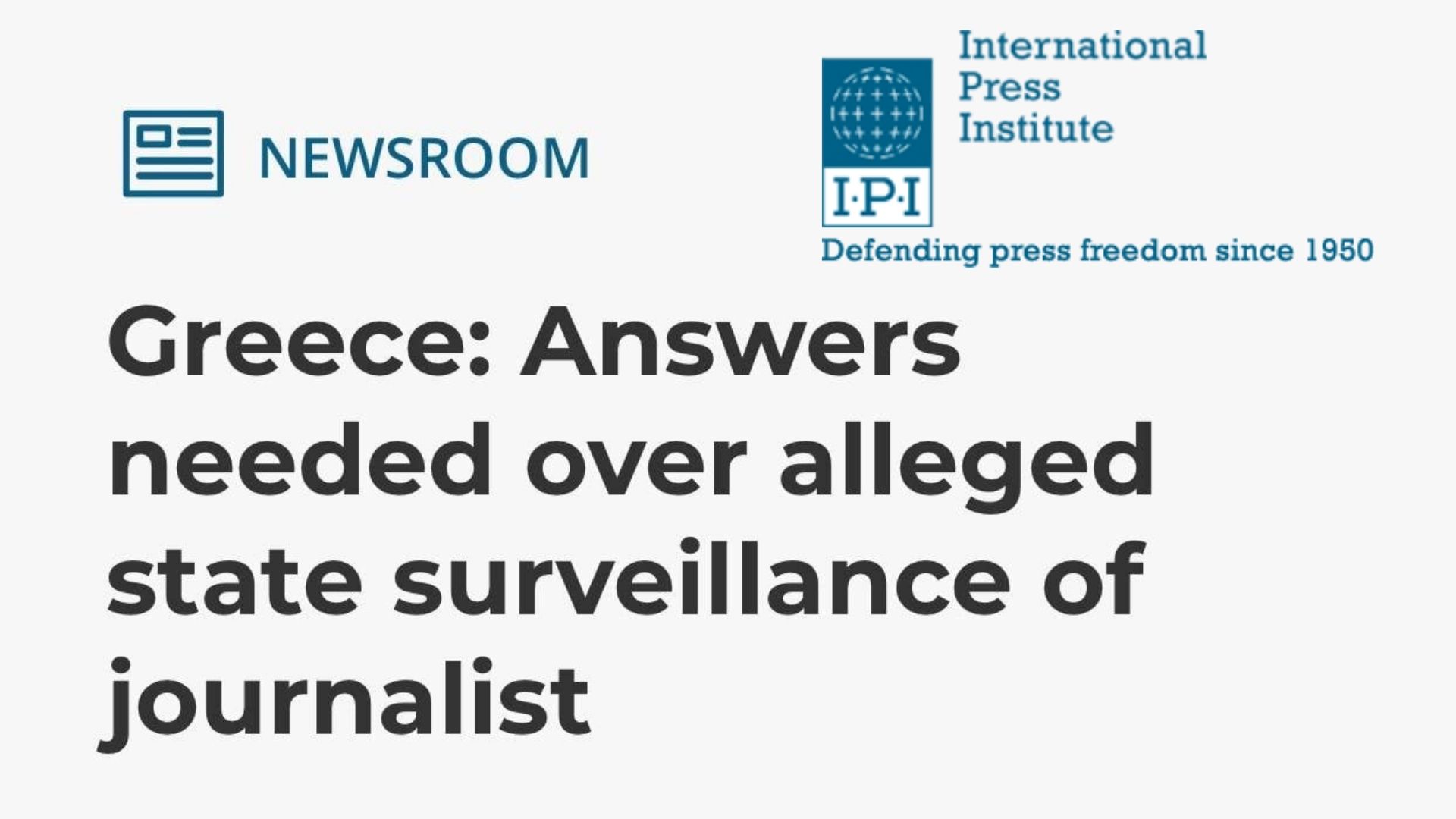 Five major organisations promoting press freedom ― the International Press Institute (IPI), the European Federation of Journalists (EFJ), the European Centre for Press and Media Freedom (ECPMF), ARTICLE 19, and OBC Transeuropa (OBCT) ― urge the Greek government to provide immediate answers to parliament as to why the National Intelligence Service (EYP) has been monitoring the reporting of our colleague, Stavros Malichudis, as it was recently revealed.

“The evidence provided so far indicates that Malichudis and possibly other members of the team at Solomon have had their communication illegally monitored without their knowledge and that this information was then shared with a state security agency tracking their work,” the joint statement reads.

“In addition to raising serious privacy concerns, this surveillance would constitute a clear interference in the freedom of the press and a serious violation of the confidentiality of journalistic sources, which is protected under Article 10 of the European Convention of Human Rights”.

You can read the full statement here, the newspaper report that revealed that EYP had knowledge of our team’s reporting before it was published here, and Stavros’ take in all this situation here.