Manolada, where nothing has changed: Justice but also criminal sentences that can be paid off

In 2014, the Manolada case files were permanently closed in the courtrooms, but the working and living conditions of the immigrant agricultural workers in Manolada, which first "shocked" public opinion in 2006, remain the same.
/ Stavros Malichudis
November 22, 2019 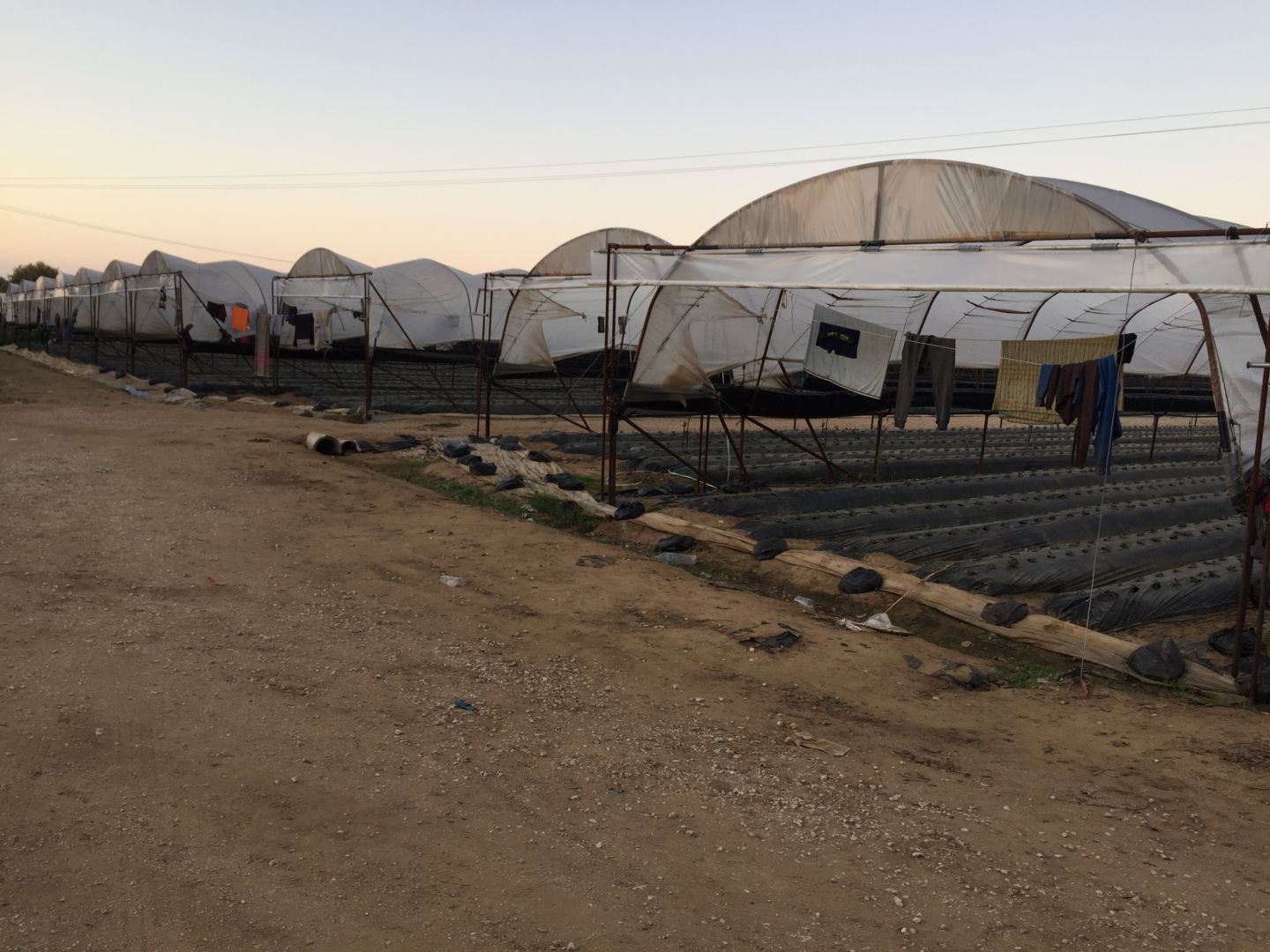 Manolada, where nothing has changed: Justice but also criminal sentences that can be paid off
In 2014, the Manolada case files were permanently closed in the courtrooms, but the working and living conditions of the immigrant agricultural workers in Manolada, which first "shocked" public opinion in 2006, remain the same.
/ Stavros Malichudis
November 22, 2019

It took more than six years for their case to reach the European Court of Human Rights (ECHR) in Strasbourg from the courts of Greece’s Ilia prefecture. More than six years until final justice for the victims of the high-profile Manolada case which brought Greece to the forefront of international interest in 2013.

On November 18, 2019 in Patras, the Court of First Instance heard the appeal filed by the remaining defendant, a supervisor, who was previously convicted of causing dangerous bodily harm to dozens of immigrant workers. Eventually, after the appeal was heard and after three postponements (requested by the defense and granted), the defendant was sentenced to eight years in prison.

Although the sentence for the accused was reduced from 14 years of imprisonment to eight, and the sentence can in fact be paid off at €5 per day, the delayed justice for the Bangladeshi workers brings satisfaction. The lawyer, Vassilis Kerasiotis, who represented the victims both in Greece and at the ECHR, told Solomon MAG that “Manolada, as a situation and in terms of the causes that led to the violence against the victims, has not disappeared. The conditions that led to Manolada, and to other, various “Manolades” throughout Greece, remain.”

The case refers to an incident where supervisors opened fire on workers in Manolada. In April 2013, about 200 immigrants from Bangladesh, who were employed in the strawberry fields, demanded they be paid their back wages, accrued six months. The shooting injured at least 35 people, five of them seriously, and the victims brought their case to the European Court of Human Rights.

In March 2017, the ECHR issued a judgment against Greece for violating Art. 4 of the European Convention on Human Rights – ECHR (violation of the prohibition of human trafficking and forced labor). A compensation of €12,000-16,000 was awarded to each victim, as it was judged that although the Greek state was aware of the factors that led to these conditions, it did not take measures to protect the victims. At the same time, the ECHR ruled that Greece should comply with measures to prevent similar incidents from occurring in the future.

In the trial of the case in Greece, there were only two defendants. In essence, the strawberry producer, the employer of the agricultural workers, did not face the law. The sentence imposed on the employer, (who was considered an accomplice for failing to act during the incident), was suspended on the basis of the provisions of the Paraskevopoulos law.

The appeals court ruled in favor of the other defendant, who is considered the perpetrator of the attack, as he was the one who opened fire on the immigrants and was sentenced at first instance to 14 years in prison, a sentence which could also be paid off. 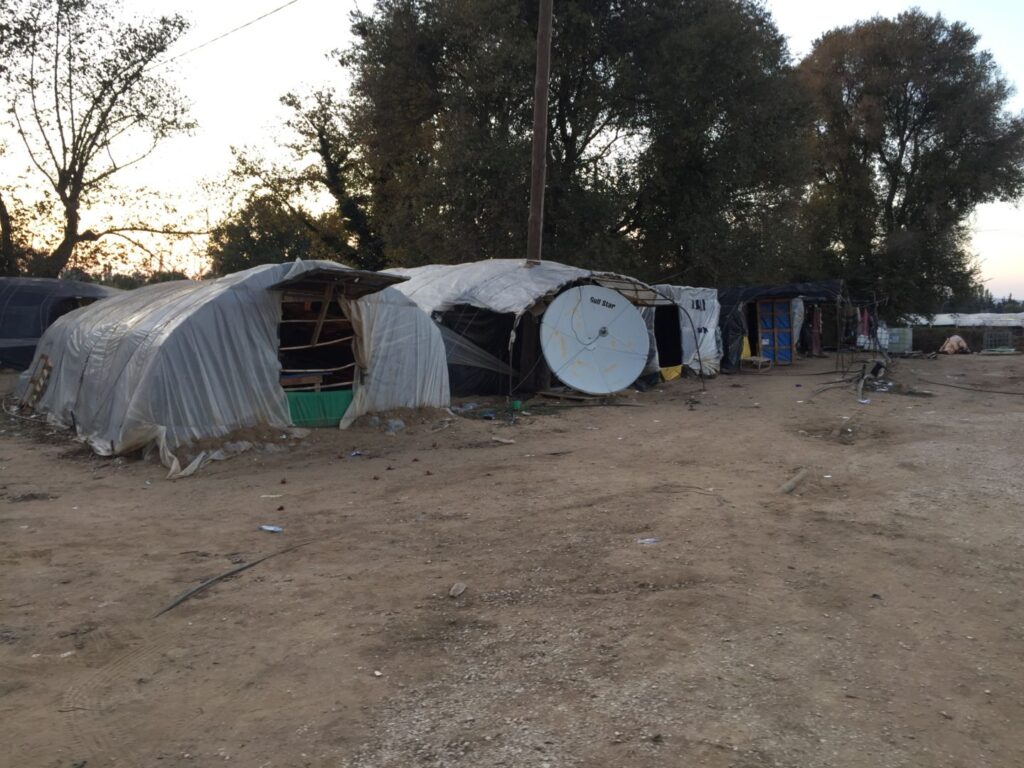 The defendant was absent, as he is abroad where he has been living for the past few years. His lawyer, after admitting his client’s guilt, asked for two mitigating factors: to take into consideration his client’s previous lawful record, a request that was rejected as the conditions were not met, and his subsequent good behavior, a request that was accepted. The Court of Appeal found the defendant guilty of causing bodily harm to 31 immigrants and reduced his sentence from 14 to eight years in prison – a sentence that can also be paid off in lieu of doing time in prison.

“We feel vindicated, because even though we had to fight tooth and nail, justice was done at the highest possible level,” said lawyer Vassilis Kerasiotis, who defended the victims in court, indicating the previous ECHR ruling.

Kerasiotis added, “This is a major violation of human rights, and in the case of the victims, there has been justice, as they have been granted a residence permit, many have remained in Greece, are working, and have created their families here. But what about all the others who are in their place?”

However, as Kerasiotis revealed, the justice that arrived six years late does not apply to all the victims of the attack.

“Unfortunately, even though this is not widely known, this case also involved victims of human trafficking, who did not manage to give us authorization to represent them, because the police never recorded the victims themselves as people being trafficked. As a result, they were arrested at an unsuspected time and deported.”

In recent months, Solomon MAG has visited Manolada several times. With the peak of the strawberry season expected in the coming months, there will be at least 7,000 immigrant workers employed in the fields of the wider region.

As we saw during our visits, despite the Greek government’s commitment to comply with the ECHR’s decision and take initiatives to ensure decent living conditions for immigrant agricultural workers, in reality, the situation is no different than in previous years.

Beyond the main streets of the small village, thousands of immigrants still live in the fields in crude shelters made of reeds and plastic coverings. They even pay monthly rent to the owners of the fields, which ranges between €30-50 each. 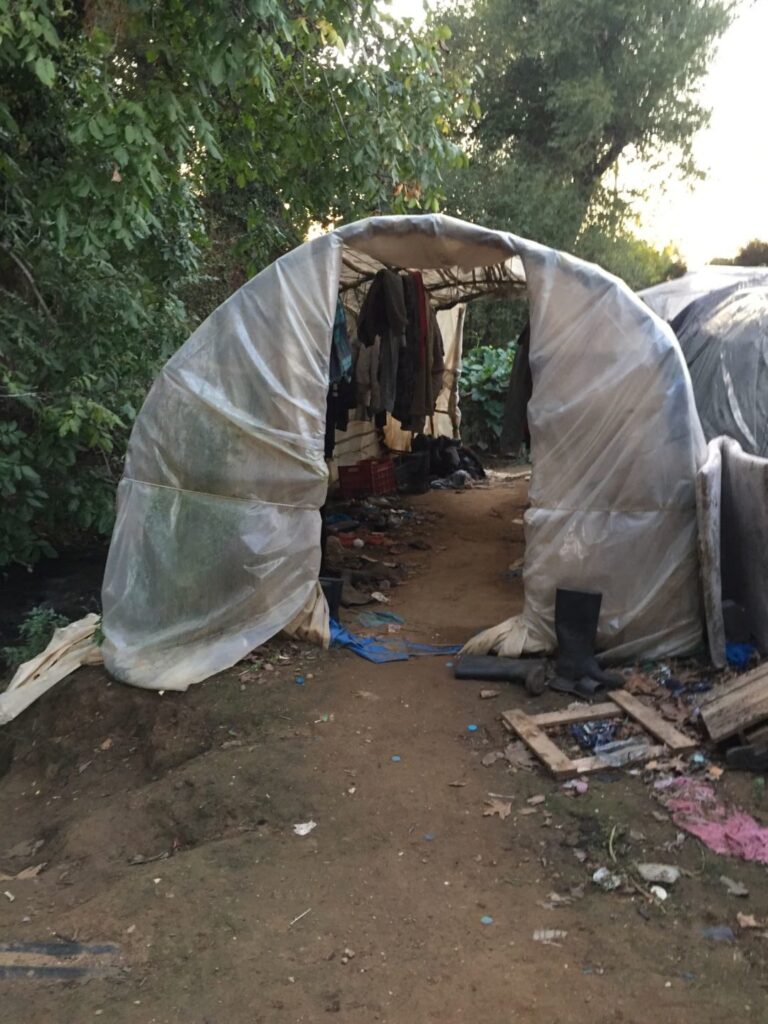 A nonprofit organization promoting diversity and empowerment, ‘Generation 2.0 for Rights, Equality and Diversity’ has been active in the region since 2017. They launched the initiative Manolada Watch Observatory in December 2018, which aims to monitor and record the living and working conditions of migrant workers in its area of Ilia.

“With the creation of Manolada Watch, our goal was to present the current situation in the wider region at least on a monthly basis and highlight the problems faced by immigrant workers, mainly in terms of housing and working conditions,” Ismini Karydopoulou, from the Manolada Watch team, told Solomon MAG. 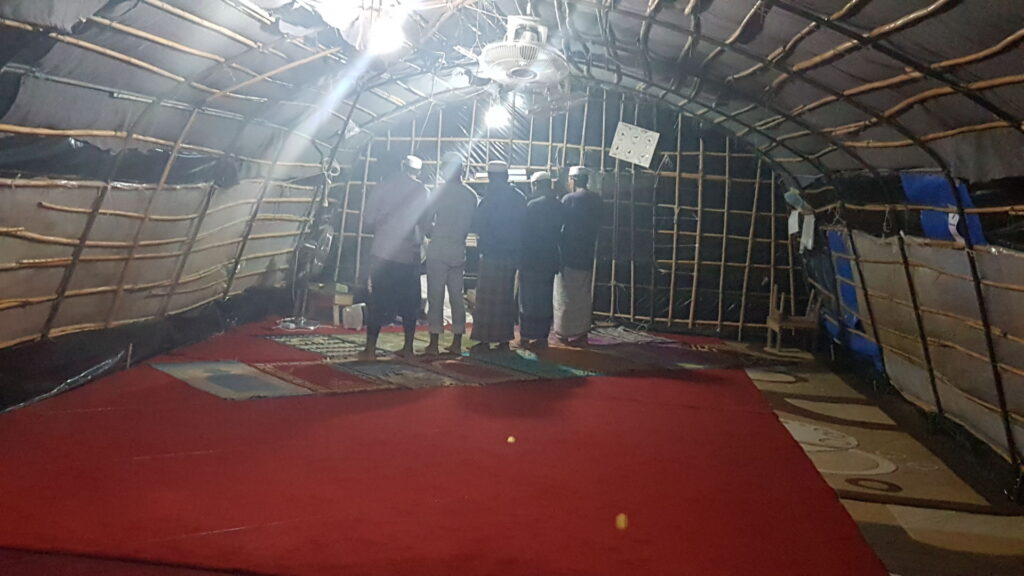 She added: “The aim of this initiative is to provide the most objective picture possible and to highlight the issue, which only gains public awareness when an extreme incident occurs. At that time, due to the decision of the ECHR, we expected to see progress towards equality and justice.”

However, things did not develop in this way: “Almost a year after the creation of Manolada Watch, we report with great disappointment and bewilderment, that the objective picture we have pledged to present is exactly the same. What’s changing is the number of immigrant workers, depending on the phase of strawberry production. Working and living conditions remain unchanged: irregular residence, homelessness and precarious working conditions. This is the reality for immigrant agricultural workers in Manolada.”

…and the other “Manolades” of Greece

Recently, the Pew Research Center released its findings on “invisible” immigrants living in European countries, based on data from 2016.

Based on the data, it is estimated that the number of “invisible” immigrants living in Greece is at least 100,000 and could be up to 200,000. For the majority of these workers, (as evidenced by a recent report by Solomon MAG on immigrant domestic workers), exploitative working conditions are often the norm.

In Greece, immigrants make up the largest percentage of those employed in agricultural production, contributing to the development of the regions where they work.

In the case of Manolada, the local community has greatly benefitted by the development of strawberry production, as it accounts for almost the entire volume of domestic production and exports abroad, amounting to tens of millions of euros per year. At the same time, however, dozens of other “Manolades” throughout the Greek countryside remain uncharted.

Is it possible for something to change in the future? In 2006, the shocking living conditions of immigrant workers (mainly Albanians back then), was first revealed. The fact that 13 years later, very little has changed in the region, leaves little room for optimism.