Athens Voice received more money than LIFO. The Athenian newspaper Efimerida ton Syntakton only got as much as a local paper. There were 239 websites that received money although they were unregistered news outlets. The publication of the list revealed inconsistencies in the payments the media received for the coronavirus public awareness campaign "We Stay Home".
by Stavros Malichudis
July 7, 2020 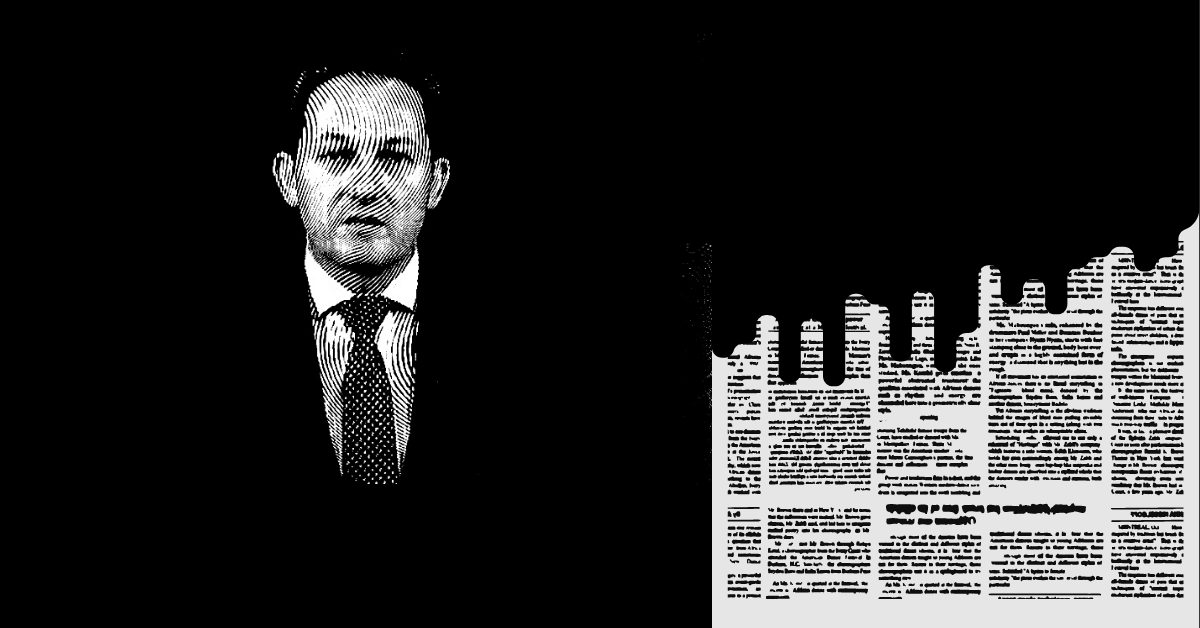 The grey areas on the list of the greek media outlets’ payments for COVID-19 awareness campaign
Athens Voice received more money than LIFO. The Athenian newspaper Efimerida ton Syntakton only got as much as a local paper. There were 239 websites that received money although they were unregistered news outlets. The publication of the list revealed inconsistencies in the payments the media received for the coronavirus public awareness campaign "We Stay Home".

July 7, 2020

by Stavros Malichudis

By publishing the list of 1,232 media outlets that received money as part of the coronavirus public awareness campaign “We Stay Home”, on Monday July 6, 2020, the New Democracy government managed to inflame instead of pacify reactions.

According to the published list, news sites and publications appear to have received significantly lower amounts than other media, although, based on available statistics, the former have higher rates of web traffic and readership.

In addition, money appears to have been received by “media ghosts” such as radio station Vima FM (€2,000) which no longer broadcasts, television station Ena in Magnesia (€12,000) which does not exist, as well as websites that have not renewed their content in years.

It is worth noting that, based on our analysis, at least 239 websites which received state funding as part of the campaign are not even included in the Online Media Register, which was created in 2016 with the precise aim to regulate access of the media to state advertising.

Let’s take a closer look at some typical examples.

Athens Voice and LIFO made their appearance in 2003 and 2005 respectively, as newspapers that were distributed free of charge, focusing on articles about Athens. Over the years, they have built a strong audience around their online presence, which now covers a broader range of topics.

What stands out even more, as far as the amount Athens Voice received, (which occasionally has adopted a general pro-government stance), is its ranking of 4th place in the category of news websites. In regards to funding, ahead of Athens Voice is in.gr which received €253,000, iefimerida.gr (€250,000), and protothema.gr (€250,000). Looking at the websites that are next on the list, it is apparent that Athens Voice received more money than several other websites which show a significantly higher performance.

For example, based on the data gathered by Similar Web, newsbomb.gr is listed 16th in the national ranking, newsit.gr is 19th and the online edition of the newspaper Kathimerini (kathimerini.gr) is 56th. However, the first two received €150,000 and €120,000, respectively, while Kathimerini received €150,000. The difference is even more significant if you compare the amount that Athens Voice received to the media that is considered to be critical of the government.

The website of the newspaper Efimerida ton Syntakton (efsyn.gr) is ranked 80th in the national ranking, higher than athensvoice.gr. But efsyn.gr received only €10,000, which corresponds to amounts that media which ranked 2,239 (dikastiko.gr) and 2,241 (epixeiro.gr) received – as well as media outlets for which there was no data found by Similar Web.

Regarding tvxs.gr, which is connected to Stelios Kouloglou, MEP of SYRIZA, it is ranked 169 in the national ranking, quite close to Athens Voice. However, tvxs.gr received only €5,000 − an amount that was basically given to small, local media.

How much did the large news networks receive?

Media companies, to which various media outlets belong, received large payouts. More specifically, the largest amount appears to have been received by the Vardinogiannis Group, more than €2 million; the Alafouzos Group with about €1.8 million; the Kyriakou group with €1.3 million; and the Marinakis Group with €1.23 million. More than €450,000 was also allocated to public media (ERT, ert.gr, Athens-Macedonian News Agency), although it is questionable why this money needed to be allocated to state-run media.

In the interactive chart below, you can move the cursor over each group to see the corresponding amount. Note that the data has been sourced from a relevant report of the newspaper Efimerida ton Syntakton and the amounts given include VAT.

Click here to open the graph in a new window in order to read it.

The enormous gap between news sites

A news website, liberal.gr, received €120,000 to participate in the “We Stay Home” campaign − the same amount as LIFO.

Both liberal.gr and Fileleftheros, which is the print edition of the media group and is published every Saturday, are generally considered to maintain a positive attitude towards the government, even in the past when New Democracy was the opposition party. However, the performance of liberal.gr cannot in any way be compared to that of the online version of LIFO. Yet, liberal.gr received a significantly higher amount than media which has a similar, or an even worse performance.

The online version of newspaper Ethnos (ethnos.gr) is quite similar to this performance. It is 57th in Greece; 8,699 in the international ranking; and 1,253 in the News and Media category. Although it has done better, ethnos.gr received only €25,000, which is almost one-sixth of the amount received by liberal.gr.

In other words, it presents a significantly better performance: on average in March and April, (the months of the “We Stay Home” campaign) news247.gr logged 18.6 million visitors, while liberal.gr had an average of just 3.67 million visitors. Although its web traffic is six times higher, news247.gr received €70,000 − almost half the money.

A news outlet that received double the money of news247.gr, was the online version of the newspaper Parapolitika, which received €147,000, with an average of 1.22 million visitors between March and April. CNN Greece, with 10.78 million visitors, or almost ten times more, received €100,000. Parapolitika, which received an additional €60,000 for its print edition and €40,000 for its radio station (in addition to the amount received for their radio station on Crete), is also considered to be “friendly” towards the government.

The Media that is not listed on the Register …

Our analysis shows that at least 239 of the 627 websites that appear to have received money as part of the “We Stay Home” campaign are not included on the Online Media Register, which is operated by the General Secretariat for Media & Communication.

Theoretically, the Register was set up in 2016 with the aim, among other things, to safeguard the media, which has privileged access to state advertising, in order to avoid the transfer of state money to media of an unknown ownership status.

However, it was found that at least one in three websites that received money through the campaign are not included on the Register. A “loophole” in this regard is that the task of assigning the media was not carried out directly by the government itself, but instead by the company Initiative, which in turn allocated the money to the media.

…and the profit made by the TV channels

On March 15, 2020, at the beginning of the pandemic, Ministerial Decision No. 179/2020 entitled “Free broadcasting of informational messaging for the protection of public health and measures to prevent the spread of COVID-19 by television and radio stations” was issued.

The first article of the Ministerial Decision stipulates the obligation to broadcast informational messaging “for the protection of public health and the measures to avoid the spread of COVID-19” by private radio and television stations.

However, as noted, the Ministerial Decision is predated by Article 22 of the Constitution which stipulates that for public health reasons, the state may impose requisition services such as advertising – but a total of €6.5 million was paid to radio and television stations anyway.

Each TV station received further funding for its website. Alpha, Antenna, SKAI, Star, and Open each received the additional amount of €100,000.

The dispute between the government and the opposition continues, with SYRIZA MPs requesting to see the invoices that the media which received payment, had issued − in order to determine whether there are differences between the initial amounts and what was collected.

The administrative councils of five of Greece’s Press Unions also sent a letter to the Deputy Minister to the Prime Minister, Stelios Petsas, asking for, among other things, information about:

Following the publication of the list, however, there are growing indications that the condition under which the money was distributed to the media, was not to operate in terms of “objectivity and impartiality, adhering to ethical principles and a code of conduct; taking into account their credibility regarding the non-propagation of fake news and the non-provocation of public misperception” to which Stelios Petsas had referred to on June 14, 2020.

And this is because, in addition to the websites with almost non-existent content, the list also includes the website voicenews.gr, owned by former MP Kyriakos Velopoulos, which received €15,000. The website is dedicated to two purposes: to promote the positions of the president of the right-wing, ultranationalist political party Greek Solution and the products which are promoted via his television broadcasts. Some of these products include the infamous “wax ointment” which Velopoulos promoted and claimed was a protection against coronavirus, and for which an investigation by the public prosecutor was carried out.

A year after the leaders of neo-Nazi party, Golden Dawn, were convicted of operating a criminal organization, their influence seems to have waned. However, through his own YouTube channel, which he uses to speak unopposed, Ilias Kasidiaris is aiming to become the main spokesperson of the Far Right in Greece.