It was four years ago, March 2016, when the EU-Turkey Joint Declaration to curb refugee flows was signed.
/ Stavros Malichudis
March 18, 2020 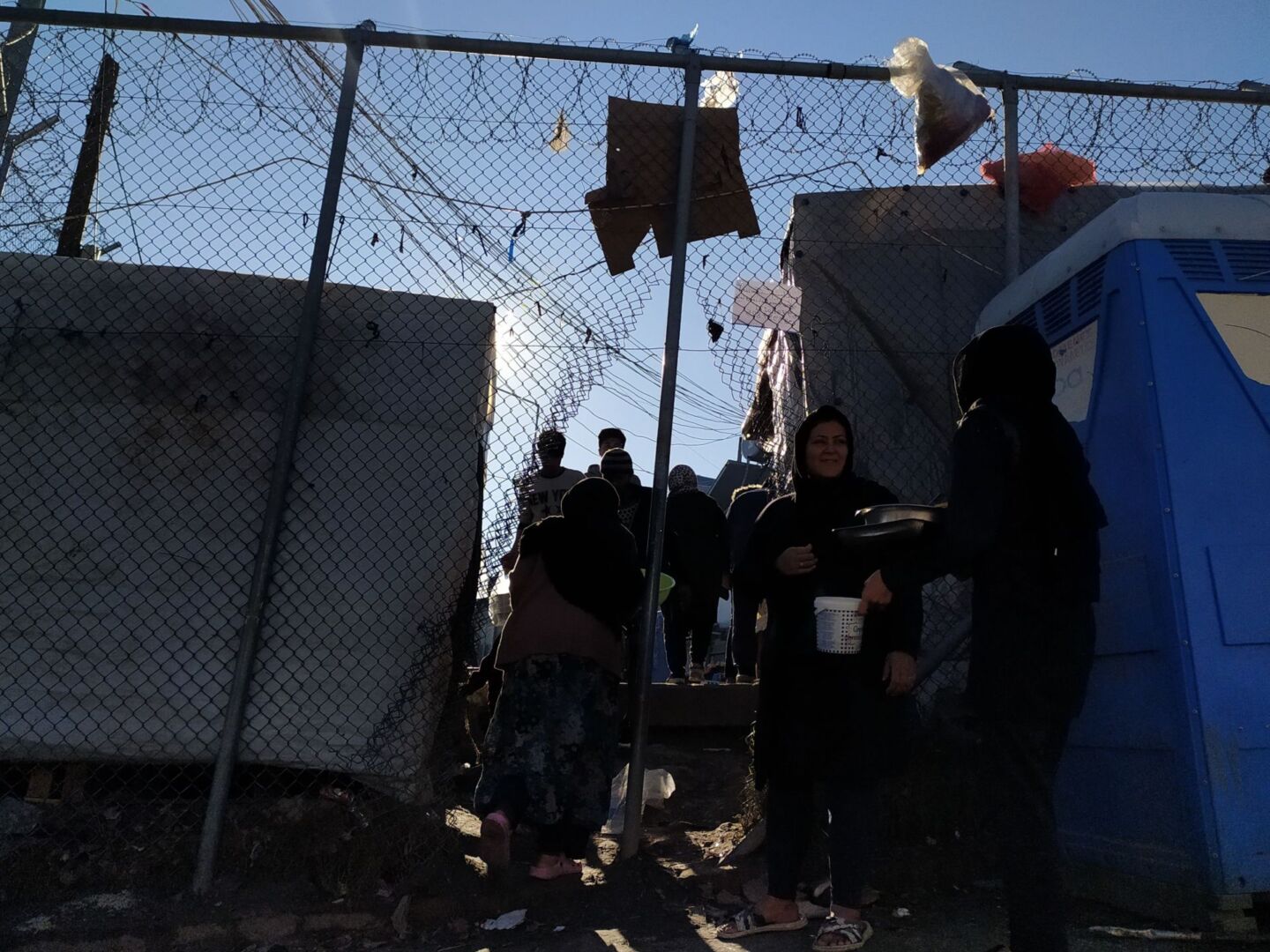 How the Aegean islands became a warehouse of souls
It was four years ago, March 2016, when the EU-Turkey Joint Declaration to curb refugee flows was signed.
/ Stavros Malichudis
March 18, 2020

That night there was a sense of optimism in the atmosphere.

And for their part, both Jean-Claude Juncker, the president of the Commission, and Angela Merkel, the German chancellor, appeared equally pleased.

It was March 18, 2016 and two days of intensive talks had just been completed in Brussels. This was yet another meeting between the leaders of the 28 EU member-states and the Turkish side, and was a culmination of previous discussions which had already begun almost half a year earlier, in November 2015.

The subject of the negotiation was the proposal put forward by European Council President Donald Tusk to find the coveted solution to the hottest issue that EU countries were facing: the refugee flows coming into the EU through Turkey.

During the previous year, more than 850,000 refugees had left the Turkish coast and crossed to the Aegean islands. Most continued their journey to the countries of central and northern Europe via the Balkan route.

It was considered that the EU-Turkey Joint Declaration (often referred to as the “Agreement”), which was signed on that day, would contain the flows.

Four years later, the Agreement has marked the subsequent European policy on dealing with refugee and migrant populations. But it also has affected the reality of hundreds of thousands of people.

What was laid down in the Agreement

The content of the Agreement, which came into force two days later, could be divided into two parts.

On the one hand, it provided financial support to Turkey, an aid package consisting of 6 billion euro to support infrastructure projects (schools, hospitals) for Syrians who had sought refuge in the country.

On the other hand, it suggested cooperation between the EU and Turkey in the management of new refugee flows. Turkey, for its part, pledged to take action to deal with the network of smugglers and the routes they used along the Turkish coast.

Capping it at 72,000 deportations, both sides agreed that all irregular migrants arriving on the Aegean islands would be returned to Turkey. For each Syrian refugee sent back, Turkey would send one Syrian already living in the country, to the EU.

Priority for relocating to an EU country would be given to those who had not previously ‘irregularly’ entered the EU, as it was estimated that this measure (which was, however, only for Syrians) would prevent new arrivals from reaching Greece.

On the Greek side, as part of the implementation of the Agreement, Greece would also receive financial support and assistance from European officials: professionals from the European Asylum Support Office (EASO) would be sent in for faster processing of asylum requests, and Frontex staff would address border flows.

This is what was laid out in the agreement.

In practical terms, however, the reinforcement of Greek services with EU staff has been significantly delayed. Former Director of the Asylum Service Maria Stavropoulou has said in an interview that although initially there was a promise to send 400 EASO staff to Greece, so far only 30 have arrived.

In addition, it seems that EASO has not actually contributed to expediting the proceedings. Our information indicates that in the matter of processing asylum requests, most of the delays (total wait time, which now exceeds one year in some cases), can be attributed to the EASO (registration and interviews to make initial assessments) compared to the Asylum Service, which undertakes final interviews.

However, domestic law provides that asylum seekers arriving on the Aegean islands must remain at the Reception and Identification Centers, their freedom restricted, as the procedures are being processed.

Because of the limited space at the Reception and Identification Centers and the fact that the populations which reside there already exceed capacity, in reality the centers function as open camps. As noted, the asylum seekers’ theoretical restriction of freedom is quickly replaced by geographical restriction.

What does this mean?

As it seems, the Turkish side considers asylum seekers eligible for deportation to Turkey to be only those asylum seekers who remain on the island of their arrival. Thus, people who have arrived on Lesvos, Leros, Kos, Samos and Chios receive a red stamp on their documents. This is renewed every month and signifies they are prohibited from leaving the island, with administrative consequences in the event of a breach of the term.

Theoretically, this measure, (considering the time required to process asylum requests), led to overcrowding on the islands. Although, it was introduced for the proper implementation of the EU-Turkey Agreement. The aim was to ensure a balance between returns (from the Greek islands to Turkey) and relocations (from Turkey to EU countries).

In practice, how did things actually develop? The limit of 72,000 deportations to Turkey has proved optimistic. To date, after four years, a little more than 2,000 people have been returned to Turkey.

The reality on the islands today

From 2016 to now, at least 300,000 asylum seekers have arrived on the Greek islands. What does this say about the effectiveness of the Agreement?

However, critics of the deal argue that the decline in the number of arrivals is not due to the agreement itself, but to the fact that the main pull factor for refugees, that is, the open borders from which they could continue toward other EU countries, have closed.

As a result, the total number of asylum requests submitted annually in the EU, also decreased.

“Popular” countries for asylum seekers, such as Germany, the Netherlands, and the Scandinavian countries (Norway, Denmark, Sweden, Finland) have seen lower numbers since the implementation of the agreement.

In 2018, having completed the second year as the director of the Asylum Service, Maria Stavropoulou stated that, based on European legislation and directives, only 16% of those on the Aegean Islands could be returned to Turkey.

Even though theoretically it’s such a small percentage of the total population which has reached the islands, however, the Agreement has transformed their reality, both inside and outside the camps.

The Agreement evolved into a treaty conferring EU obligations to the eastern Aegean. The relocation program to other European countries was halted very early (2017). For the most part, the support of the EU member states towards Greece consisted of making resources available to them so Greece could continue to manage the refugee and migrant populations themselves.

This was also reflected in the overwhelming majority of negative responses the Greek side received when it asked its partners to share in the responsibility to care for unaccompanied minors who are exposed to dangerous conditions in the camps on the islands.

The Agreement’s architect, Gerald Knaus, told Investigate Europe that he considers the deal successful, as he managed to keep 99% of Syrians in Turkey through the financial support given to the country.

But he also states that “conditions in the camps are as if they were in backwards regions of Pakistan. They are awful, un-European and illegal. I don’t think any European will stand behind them.”

Today on the five Aegean islands, camps that were built for a total capacity of 6,178 people, currently house 41,405 people.

And the precarious conditions in which people are exposed, leading even to deaths, such as that of a 6-year-old boy who died in a fire at the RIC of Moria one day before four years have passed since the signing of the Agreement, come as no surprise.