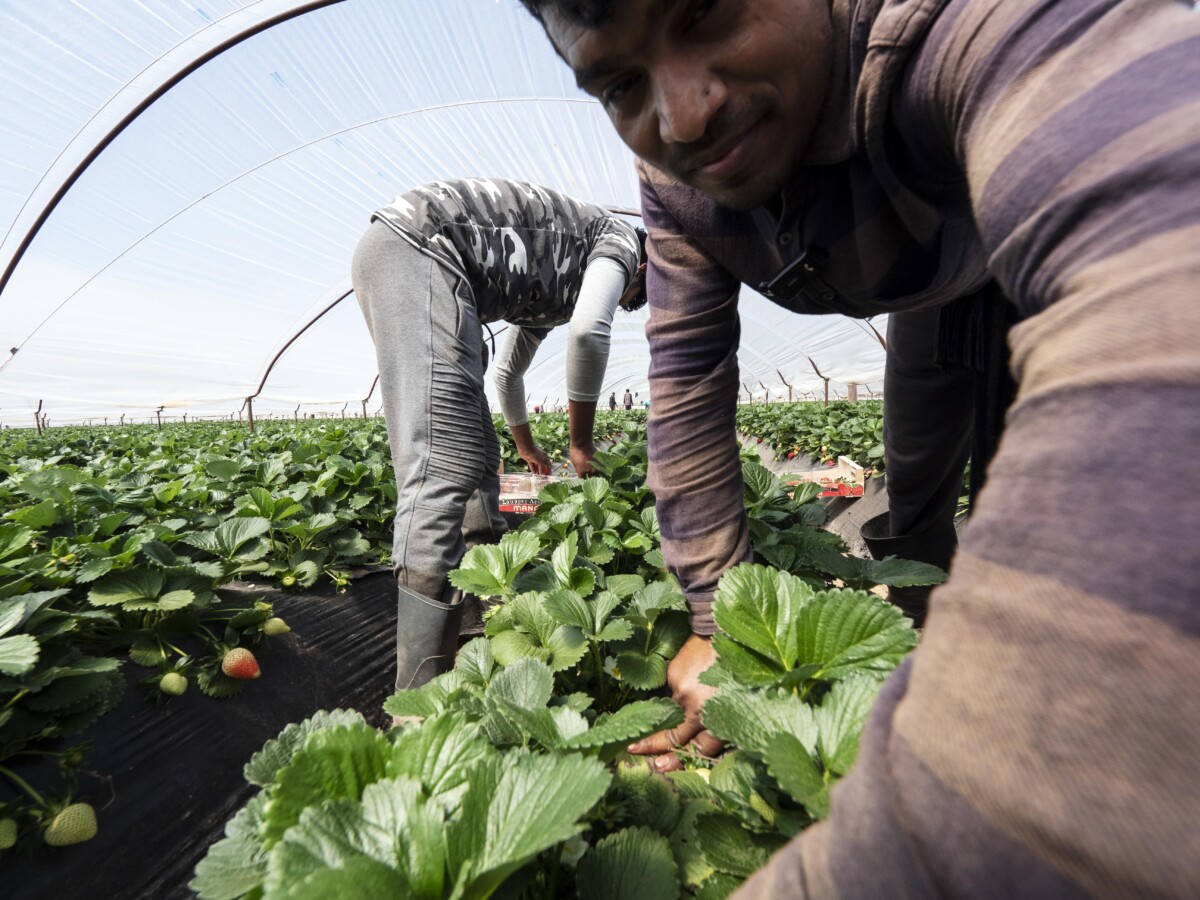 The agricultural sector in Greece employs about 528,000 farmers, 12% of the total labor force, and is based on small, family-run holdings, dispersed throughout Greece’s countryside. This, at least, is what’s commonly presented. However, as Solomon’s extensive reports have revealed, many of the country’s migrants and refugees are employed in the agricultural sector.

Our team, in the context of Sololmon’s in-depth research on labor during the pandemic, presented a series of reports on “Migrant workers in Greece in the time of COVID-19”, supported by the Rosa Luxemburg Stiftung Office in Greece.

Read Solomon’s most recent publication, an insightful long-read on the “red gold” strawberry industry in Greece, which generates tens of millions of euros in exports while 10,000 of its migrant workers live and work in exploitative conditions: Greek strawberries “made in Bangladesh”

Also, last February, Stavros Malichudis and Iliana Papangeli interviewed Apostolis Kapsalis, researcher on industrial relations at the Labour Institute (INE) of the General Confederation of Greek Workers (GSEE), where he talked about how the pandemic has driven the labor market and labor relations into an unprecedented, critical situation compared to previous years, for migrants as well as local citizens.

“Instead of the state legalizing these people who are employed and working, and organizing the agricultural economy differently, the state is in fact, punishing the victim of the crime twice. The state threatens you with deportation, but also tells you how to work for six months, so then the employer is telling you to behave, don’t take breaks, don’t talk back, because after the six months is up, all it takes is a phone call, and you’re sent back to Bangladesh or wherever you come from.”

At the Labour Institute (INE), as Kapsalis mentioned, the focus has been on all categories of workers for years but the INE happened to become more involved with the issue of migrant land workers due to incidents and conditions in the Manolada region, where strawberries are produced.

Solomon has reported extensively on Manolada, a region in the Peloponnese, where the strawberry industry cultivates 90% of Greece’s entire domestic strawberry production. In 2020, strawberry production in Manolada covered 15,000 stremmata (approx. 3,750 acres) of land and included about 10,000 migrant land workers, mainly from Bangladesh and Pakistan, who live and work in the greater area.

In 2006, the shocking living conditions of migrant workers, mainly Albanians at the time, were first revealed. Years later, in April 2013, about 200 migrants from Bangladesh, who were employed in the strawberry fields, demanded they be paid their back wages, accrued six months. Their supervisors opened fire on the workers. The shooting injured at least 35 people, five of them seriously, and the victims brought their case to the European Court of Human Rights. On November 18, 2019, in Patras, the Court of First Instance heard the appeal filed when, after fights and postponements, the defendant was sentenced to eight years in prison. In March 2017, the ECHR issued a judgment against Greece for violating Art. 4 of the European Convention on Human Rights – ECHR (violation of the prohibition of human trafficking and forced labor). A compensation of €12,000-16,000 was awarded to each victim, as it was judged that although the Greek state was aware of the factors that led to these conditions, it did not take measures to protect the victims.

Of course, Greece, like other European agricultural economies that rely on foreign agricultural workers, experienced the consequences of the pandemic. The virus is estimated to have reduced strawberry production by 70% in Manolada. Producers couldn’t export and the mood in the Greek market declined, leaving significant quantities unavailable or discarded. As part of the state’s efforts to curb the spread of COVID-19 in Greece, on March 18, 2020, a ban on public, outdoor gatherings of 10 or more people was announced. The measure went into effect the very next day. Those measures were, in practice, impossible for the workers to follow. That was because, at every stage of their daily lives, overcrowding is practically inevitable: from the moment they wake up, on their way to work, during working hours, to their free time in the afternoon, to nightfall when they go to sleep. Thousands of agricultural workers in Manolada were “staying home” – in shacks. 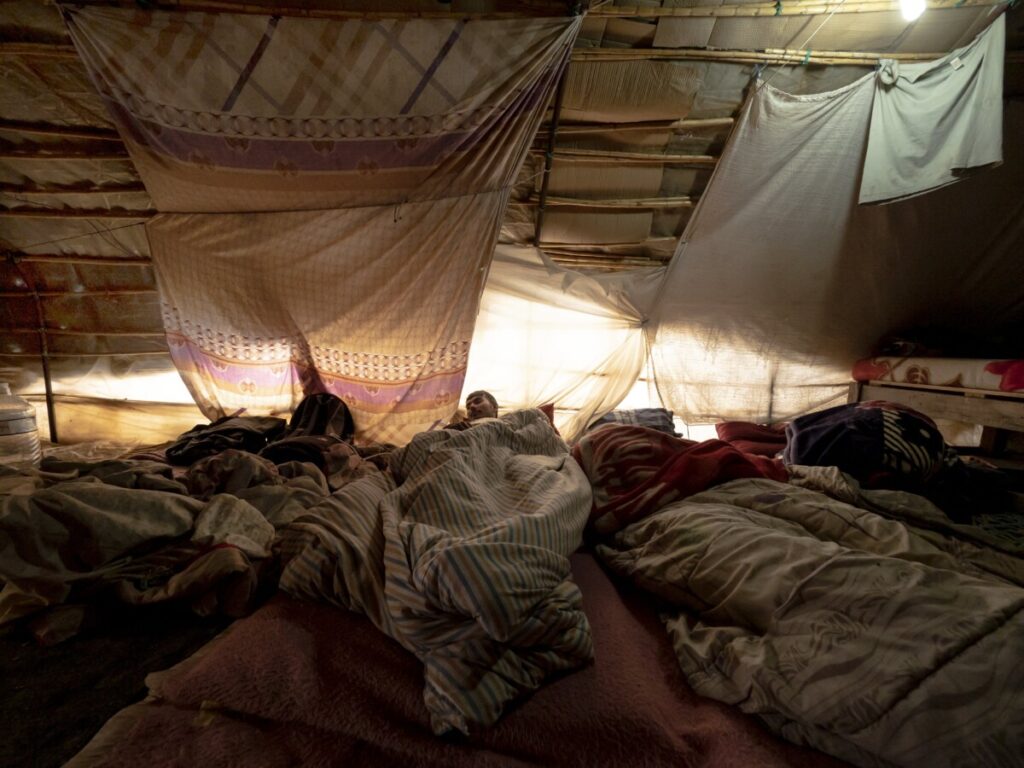 Solomon, after the pandemic outbreak, returned to Manolada, where the labor rights of thousands of migrants are systematically violated in Greece’s ever-growing “red gold” industry, to showcase, once more, the unacceptable and inhuman working and living conditions.

Following the publication of the article Greek strawberries “made in Bangladesh” by Stavros Malichudis, the photographer Thodoris Nikolaou, published a riveting photo essay from our last visit to Manolada, his lens capturing the unfiltered reality. 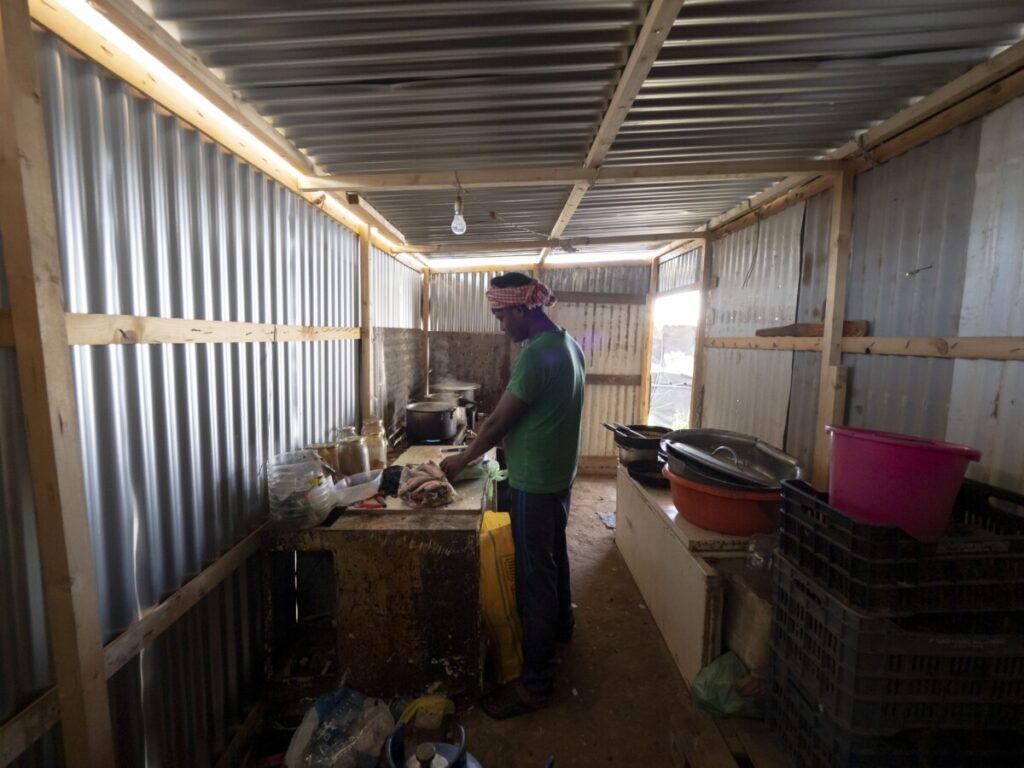 We understand that the same issues and injustices have persisted for many years, and at times it feels as if we are running circles around the same situations. However, through Solomon, and our consistent and inclusive reporting, we try to make these stories heard and hold those responsible accountable, in an effort to bring about real change.

Subscribe to our newsletter to get our updates straight to your inbox.