Dandom Howladar owns a mini market in central Athens. Since the pandemic hit, fewer customers shop at his store - and they don’t always have good intentions.
/ Stavros Malichudis
January 6, 2021 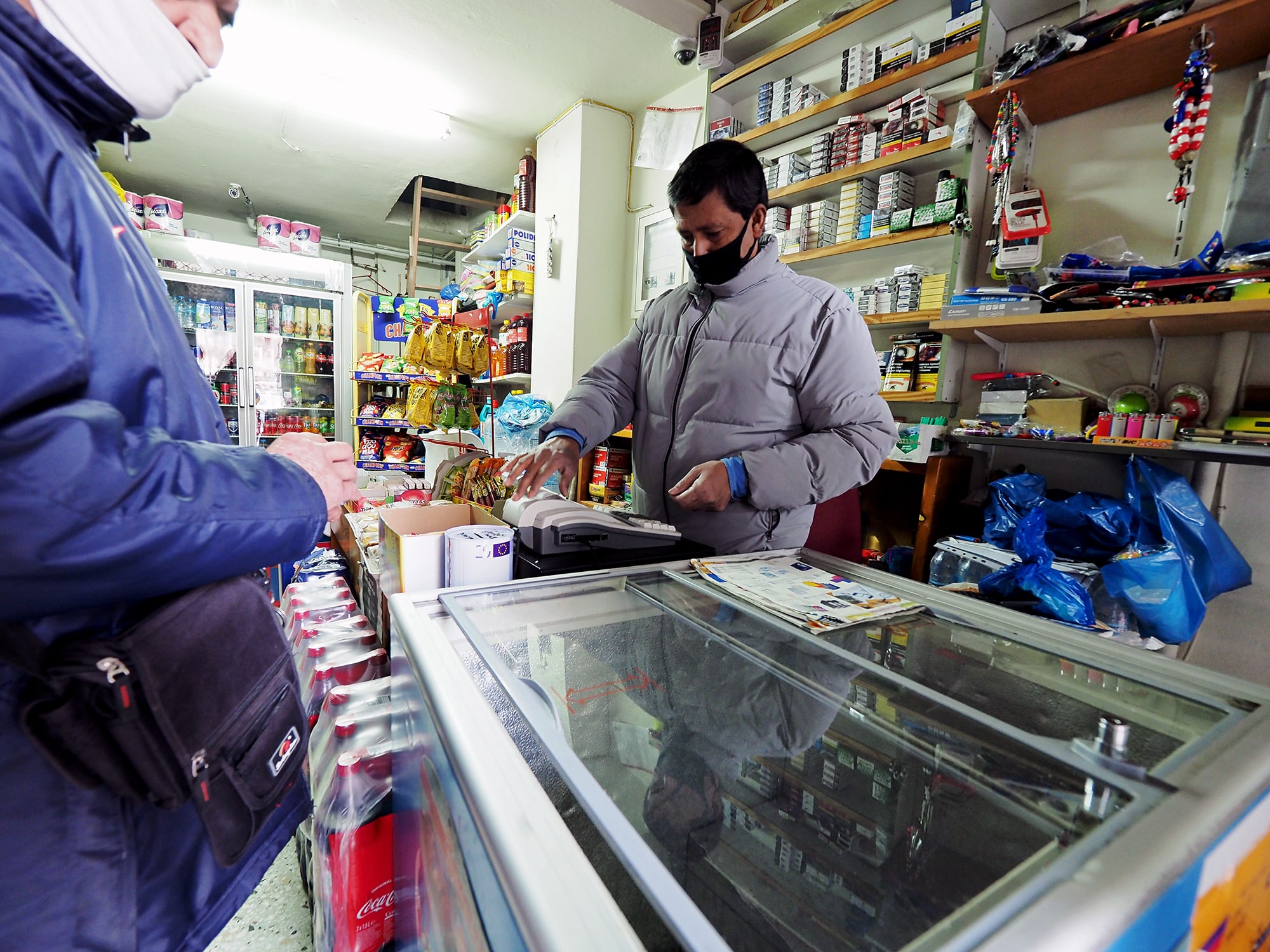 “The state is very funny”
Dandom Howladar owns a mini market in central Athens. Since the pandemic hit, fewer customers shop at his store - and they don’t always have good intentions.
/ Stavros Malichudis
January 6, 2021

Recently, things have not been going well for Dandom Howladar. Since March 2020, when the country first entered lock down, the number of customers who shop at the 45-year-old Bangladeshi’s mini market in Vathi Square has significantly dropped, compared to previous years.

As if that weren’t enough, during the past months, on at least three occasions, people who entered his shop didn’t come with any cash −but they intended to leave with some.

The most recent incident occurred exactly one week before our interview, in early December. “A tall man who must have been a Tunisian came in,” Howladar said, recalling the incident. “He asks me ‘who’s in charge here?’ I say that I am. He says ‘who’s the boss?’ I tell him I am. He asks if I have a license to operate, I tell him that I do, and I ask him what he wants.” 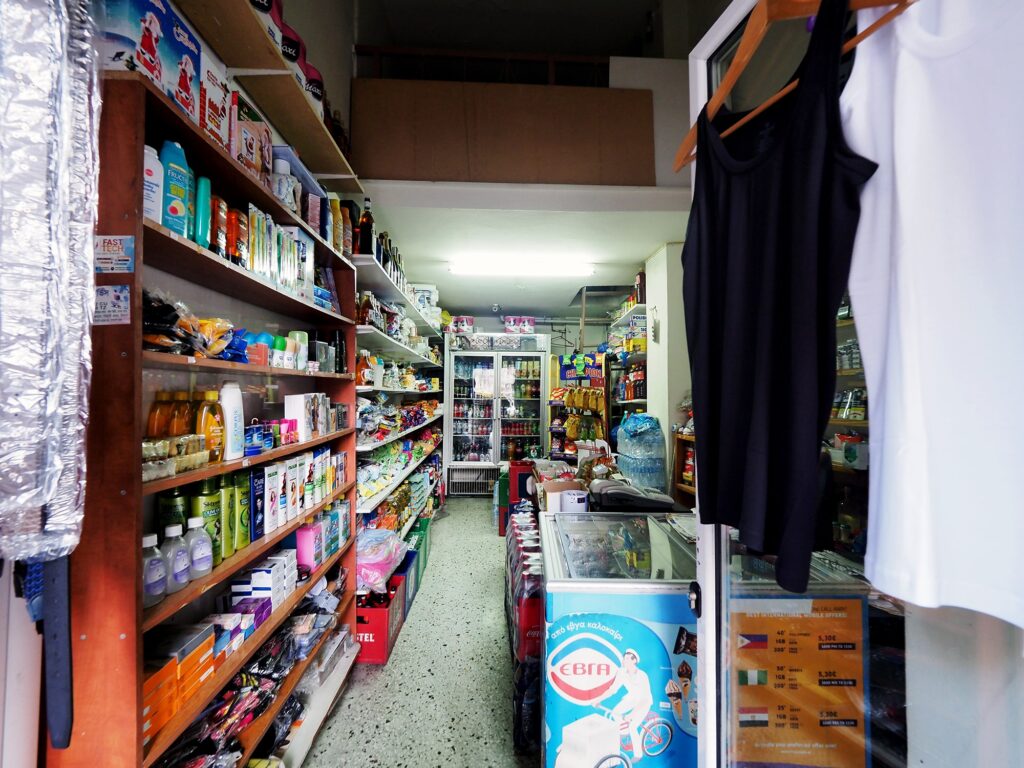 The man claimed that he was from the police, but when Howladar asked to see some identification, the man didn’t waste any more time with formalities. Before Howladar knew what was happening, the man went to the shelves behind the cash register, grabbed two cartons of cigarettes, and left.

Two of Howladar’s friends who happened to be passing by the shop approached the man, but he pulled a knife and threatened them, telling them to let him go and not to stop him.

Howladar demonstrates that the blade of the knife was the length of his wrist to his elbow – more than ten centimeters long.

A few weeks earlier another incident had occurred. While Howladar was standing just outside the store, a man came in, opened the cash register, took €500 and before he could react, the man had disappeared.

The story of Dandom Howladar is quite different than that of most of his compatriots living in Greece today. When he arrived in Athens in 1993, he recalls, there weren’t that many Bangladeshis in the capital, perhaps 50-100. Currently, it is estimated that around 15,000 Bangladeshis live in Greece.

Things were better back then: the national currency was the drachma, jobs were plentiful, and with better wages. Howladar rented an apartment on Michail Voda St, not far from where his mini-market is today, and got a job as a tailor. He knew the job, as he had worked as a tailor in Pakistan for three years.

Howladar came to Greece with a visa and has had a residence permit since 1997 (which he renews every few years). Like most of his compatriots who have managed to gain a sense of stability and normalcy in their lives here, he returns to Bangladesh every year to see his wife, two daughters and son. 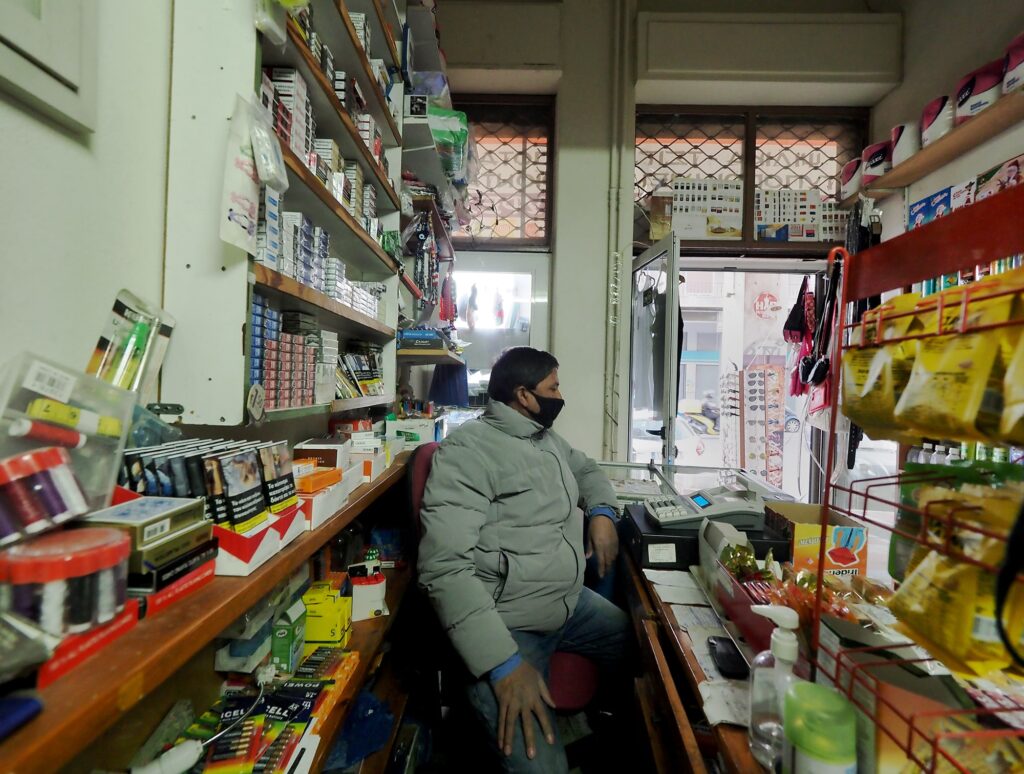 However, when he left in 2010, he didn’t return to Greece. “It was the time when members of Golden Dawn [extreme right, neo-Nazi party] were constantly attacking immigrants in the center of Athens. And I was afraid to come back,” he says.

He returned in 2015. After spending some time looking for a job without any luck, he transferred some of his savings from Bangladesh to Greece and opened the mini market.

“When I opened it, in the beginning it was so-so, then it got a little better, but in the end, the coronavirus arrived,” he says, and now he describes business as “very low” and that the loss is significant. Is there a big difference compared to the pre-pandemic era? “Loss, a huge loss,” he repeats. “For the past year now, it’s been very difficult.”

In the center of Athens

Many of Athens’ particularities and contradictions are consolidated in the area where Howladar’s small business is located.

A few steps away from Howladar’s mini market lies the entrance of the Ministry of Rural Development and Food; and further down (in the middle of a global pandemic and a national lock down), there are people on the street who can’t stay inside – addicts and sex workers.

Opposite the mini market, there’s a shelter run by the City of Athens, which houses some of the homeless people, since the pandemic began. And a bit further down there’s an old school, which for years has been occupied and used as housing for refugees. On the other side of the street lies the Athens Masonic Hall, run by the Freemasons.

There are Roma selling bags of onions and garlic at the beginning of Acharnon St, and on the next block, there’s the renovated Vathi Square with trendy falafel shops, where undocumented immigrants and policemen from the DELTA and DIAS squads stop for lunch. 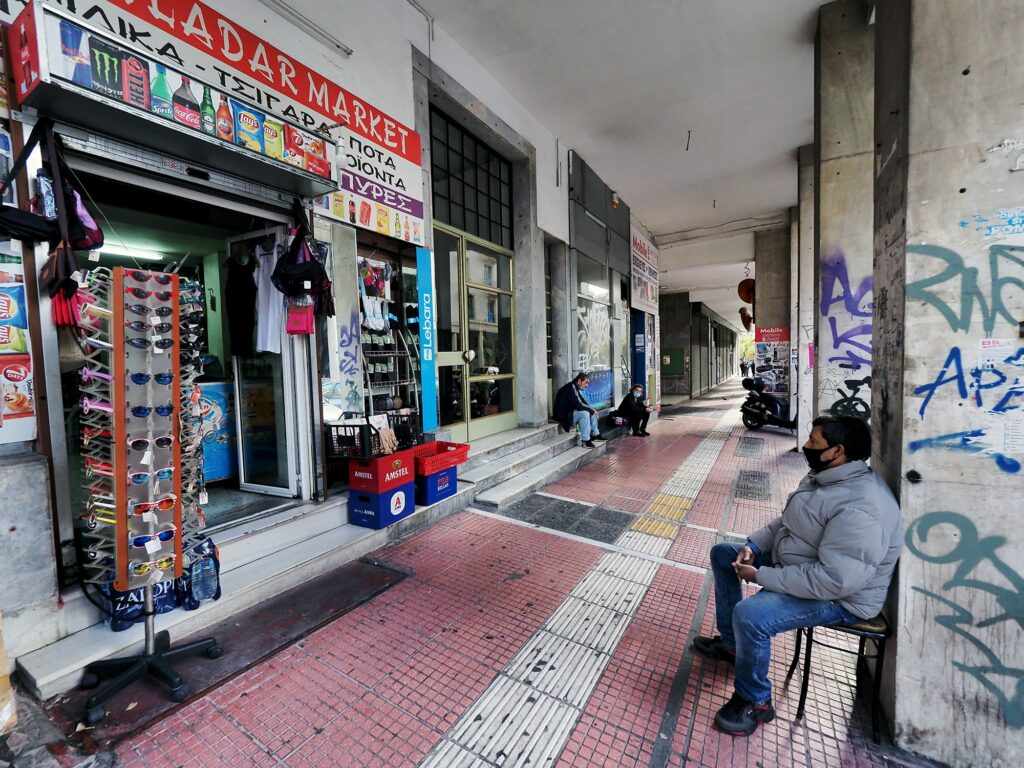 Howladar says that his customers are from different countries, some are Greeks, there are also foreigners. While we’re talking, middle-aged Greeks come inside the store to buy cigarettes and two young guys from the Maghreb come in to buy underwear. “If you buy one it’s €3.50, if you buy two it’s €6.00,” Howladar tells them. Eventually the young guys buy a pair of socks.

Howladar is very worried about his business, he says that most of the things that people buy don’t make a profit. From cigarettes, for example, he earns 12-15 cents per pack, which sell for €4.50 per pack, and the ice cream freezer, which has only three ice creams left inside, doesn’t earn a profit, rather it costs him more in electricity.

He pays €200 rent, then there’s electricity, taxes. The state’s support for small businesses during the pandemic is in the form of loans, and Howladar doesn’t want to get a loan, he says, he’s afraid that he’ll end up owing more later. 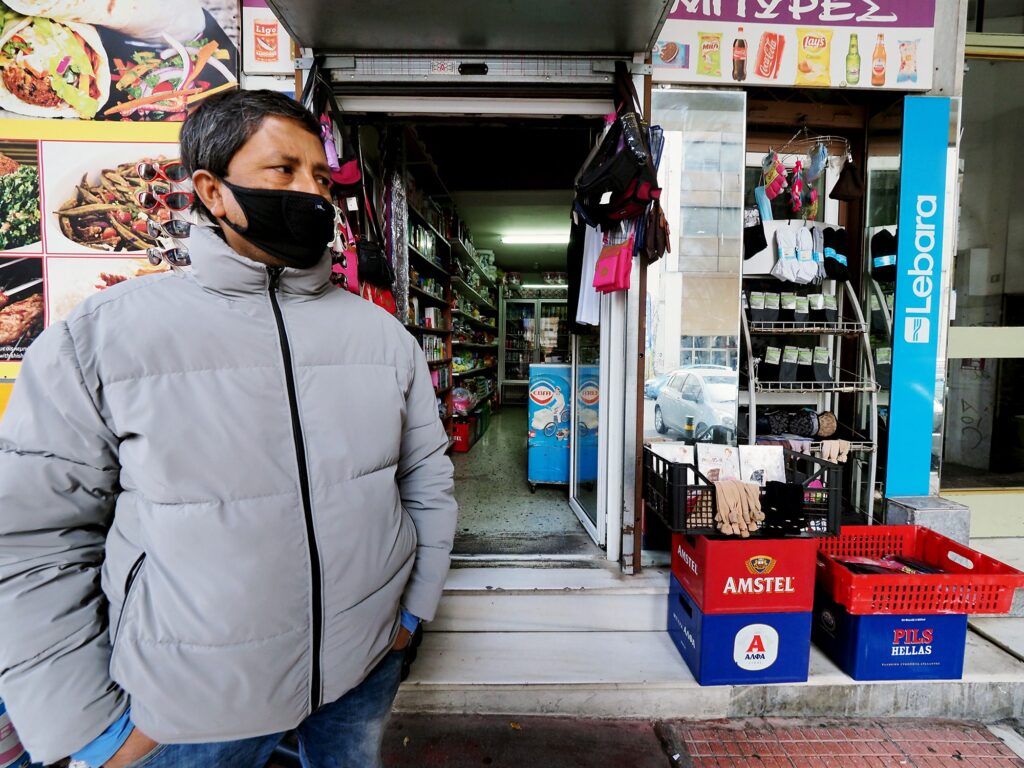 Howladar opens the store every morning at 8:30 and closes at 8pm. He runs it alone, since he can’t afford to hire anyone.

He shares his apartment with two other compatriots, because he can’t afford a place on his own. That’s why, he says, he hasn’t moved his family to Greece.

After 28 years of living in Greece, the impression that Howladar has gained is that the Greek state “is very funny” as he says. “The first time I got a residence permit, it was granted for two years, then it was for five years, then for ten years.” The last time he renewed it, however, he was only granted three years, he says. Every few years he has to renew his residence permit and pay extra amounts.

“The state is having a lot of fun,” he says, “because if it were another country in Europe, in all these years they would have just issued a passport.”

This Portrait is part of Solomon’s project “Migrant workers in Greece at the time of COVID-19″, supported by the Rosa Luxemburg Stiftung – Office in Greece.