"I can't, I’ve had a difficult time processing all this." Since 2012, the registrar of Lesvos has been mainly registering the bodies of unidentified refugees.
/ Corina Petridi
August 4, 2020 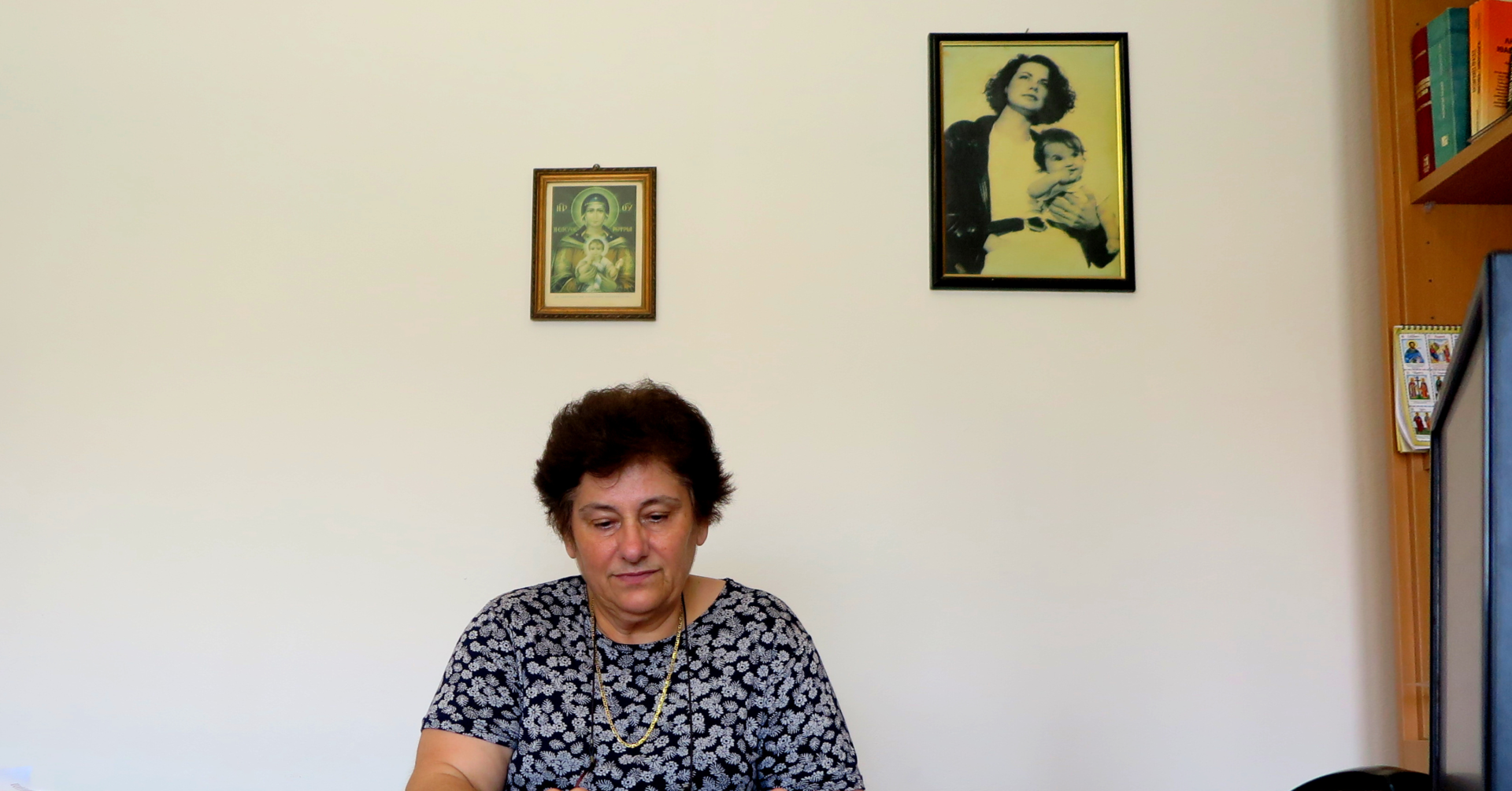 Name: Unknown – Cause of death: Drowning
"I can't, I’ve had a difficult time processing all this." Since 2012, the registrar of Lesvos has been mainly registering the bodies of unidentified refugees.
/ Corina Petridi
August 4, 2020

“Look, they’ve been entered in the system. Here, let’s print it. You can see that we didn’t have the information, but the system requires the age to be registered, and it says here using the medical examiner’s certificate, to indicate where the body was found. The details are made-up, the date and time of death is actually the date and time of death the body was found. Drowning in seawater, pending toxicological investigation. Violent death, accident.”

The room is bright and freshly painted, with high shelves and two bulky desks. A religious icon and a faded black and white photo hang on the otherwise bare walls. The commotion from the port and the din of traffic enter through the open window, periodically canceling out the sounds of the office: the keyboard, the mouse, leafing through folders.

At first glance, it seems like not much happens in this office. However, in reality, this space contains all the great events and dramas of life on Lesvos: this is where births, deaths, marriages, naming ceremonies, baptisms and divorces are recorded and registered.

Afroditi Andrikou started working at the Lesvos Registry Office in 1983. In 1990, she was promoted to registrar, and is the head of the registry office.

“We feed the system,” she says with restrained pride. “The information from this office updates the municipal registers, the tax offices and the courts.” She has short brown hair and a pair of large square glasses with a red frame hangs from her neck on a cord. Her voice is delicate and her tone is maternal.

Until 2012, the content and volume of the work was no different than that of other registry offices across the country − until the bodies of unidentified refugees began to wash up on the shores of Lesvos.

“I’ve had to register the deaths of headless bodies of children, it is very sad. I can’t, I’ve had a difficult time processing all this. I’ve been here at the registry for many years, and all this has affected me a lot. Because, I understand, they come, let’s say… A father once came who had lost both his children and his wife. And I did not know how to talk to him. He was with the interpreter but I was talking to him with my eyes, I understood what this man wanted to say. It was and is very difficult.”

The registrar types the word “unidentified” into the search engine of the platform used by the service. Hundreds of entries are displayed. Name: unknown, surname: unknown. Cause of death: drowning.

“When I started entering unidentified male, X years of age, it seemed very difficult and strange. They were the first refugees to come.”

The bodies which washed up on the shores of Lesvos are usually located by the Port Authority. They, in turn, notify the prosecutor. On the prosecutor’s order, the medical examiner conducts an autopsy. After that, the registry takes over.

“They send me the paper from the medical examiner and I register it with whatever information is available,” explains the registrar. “If certain information does not exist, we add the information given by the medical examiner. Unidentified, male, approximate height – anything that we can ascertain in case the body can be further identified in the future. We register the death and leave it on file, until the time when someone might come in search of the deceased.”

Until recently, the registry recorded all registrations in handwritten books. Now the process is done electronically. Digitization has saved a lot of time for the registrar. But it also sets limits.

Only specific categories of data can be entered on the platform, such as gender, age and height. Thus, it is not possible to include other information, such as the clothes the person was wearing when the body was found, making identification more difficult.

“Most remain unidentified. Some, later on, are identified. In those cases, we change the data. From Name: Unknown which was written on the original registration, we put in their actual name.”

In order to complete the identification, many family members of the victims travel to the Registry Office of Lesvos.

“Families that are able to come here, are coming. They are coming, unfortunately. One man had lost both his brother and his wife and their two children. I cannot describe it. Because although I am an employee, it’s not that I just fill out forms and go home. I carry this inside me, afterwards. You are affected.”

The relatives then make sure that all the essential information is given, such as marital status and age of the deceased. Then, if they wish, they give permission for the exhumation and repatriation of the body.

However, in recent years the number of unidentified dead has decreased.

“Now, lately, we don’t have many (unidentified bodies), unless one washes up from the opposite shores. But those who arrive by boat know each other and someone will give at least a name, some information.”

However, even today there are few refugees on the island who die of natural causes.

Overcrowding and hazardous living conditions in Moria have led to an increase in deaths caused by violence within the Reception and Identification Center. At least 18 knife attacks have been reported since the beginning of the year, resulting in six deaths and 14 serious injuries.

“Today we’re in a desperate situation, not in terms of deaths − because most deaths that occur now are not due to natural causes, there are few that have died from natural causes. Most deaths are due to violence, stabbings and everything that’s reported. I had a 19-year-old die this morning.”

The registrar is referring to the murder of a refugee from the Ivory Coast who lived at the Moria camp. According to relevant reports, the deadly attack took place in the early hours of July 6. The incident had to do with the theft of a mobile phone.

“Besides deaths, we also have births, and they come to register the name of the child,” says Afroditi Andrikou and begins to tell the story of a young, inexperienced refugee − a father who came to the registry holding his baby in his arms.

“Let me tell you something about a birth. In fact, I wrote it down somewhere, in a notebook, and recently it came to mind. A father came in, with the baby in his arms. He thought he had to bring the baby, while his wife was still in the hospital recovering from a caesarean section. And the baby cried until we registered it. And at some point, he put his hand in the child’s mouth – and his hand was filthy. And I said don’t do that! And he said mama, mama… It was like seeing my own son, just a kid himself, he wasn’t that old. He was panicking, he didn’t know what to do with the baby. I took the baby in my arms to calm it. But I was impressed that he later showed gratitude, but really I didn’t do much. I just spoke to him using gestures because I didn’t know how else to communicate. He was in a panic, telling me mama could not come from what I understood. He made an impression on me, the way he was here, a young man 25, 26 years old, panicked with a baby in his arms, he didn’t know what to do.

After 37 years at the registry office and shortly before her retirement, Afroditi Andrikou is still surprised by the strength and will that she sees in the people who cross the Mediterranean in search of “another homeland, a little freedom, a little joy.”

“It also makes a great impression on me when I see people with disabilities, with their young children on the streets. “You understand how weary all these people are and how much they want to get away from what they’ve experienced there, in their homeland,” she adds.

“Of course it’s not like they’ve found a better situation here. But at least here, most people escape death.”