A heavily pregnant Afghan woman set herself on fire, after hearing her transfer to Germany was postponed again. The act was viewed as "a cry for help" by many. The woman had been living in Lesbos' infamous camps for over a year.
/ Stavros Malichudis , Katy Fallon
March 5, 2021 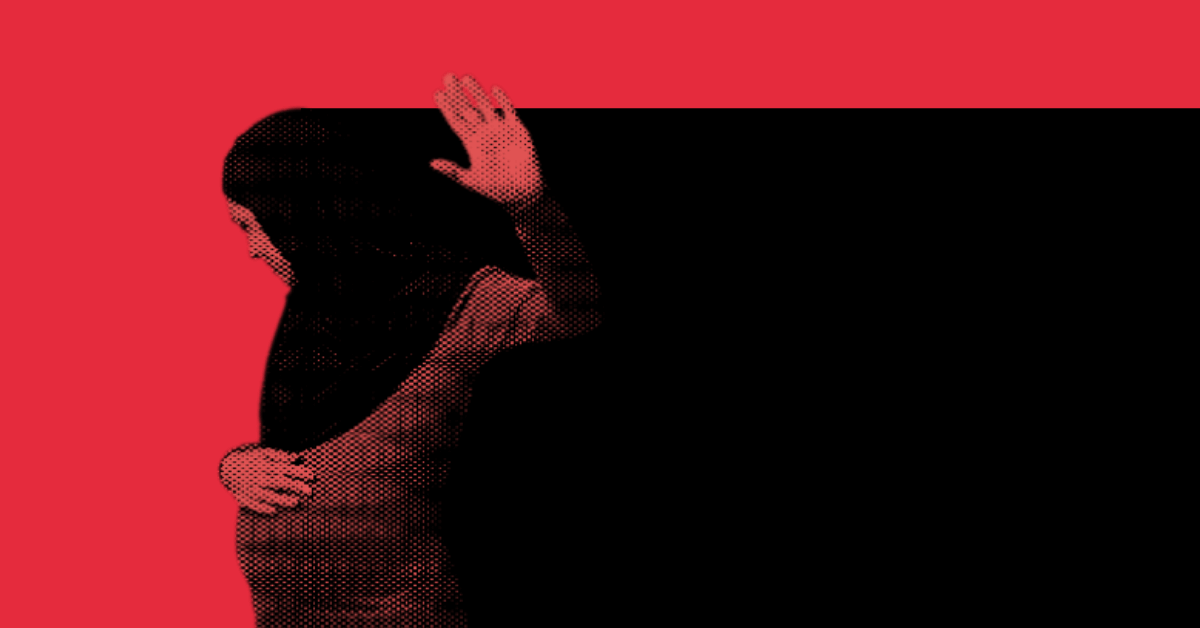 A fire in tent 959
A heavily pregnant Afghan woman set herself on fire, after hearing her transfer to Germany was postponed again. The act was viewed as "a cry for help" by many. The woman had been living in Lesbos' infamous camps for over a year.
/ Stavros Malichudis , Katy Fallon
March 5, 2021

She didn’t want to give birth inside the camp. After the family was told their transfer in Germany had been accepted, Nasrin was hoping she’d be able to travel before the birth. She was twenty seven years old, pregnant with her fourth child and desperate to leave the camp. But weeks passed and whilst other residents departed for Germany, the family’s transfer was postponed again and again.

The morning it happened, she had a small fight with her husband. According to a report made of the incident later on, he says he knew she couldn’t stand living in the conditions in the new “emergency” camp, on Lesbos, built after Moria camp was reduced to ashes last September by a fire. He says on several occasions he had seen his pregnant wife crying.

But he hadn’t been able to find a place in the city where his wife and three children – two daughters and a son – could live.

When Nasrin’s husband left with their seven and a half year old son for the showers that morning, Nasrin was alone with her two other children inside one half of tent number 959, which was a few dozen meters from the sea. She looked for a rope, but she couldn’t find one.

She took her children out of the tent and left them in the care of her neighbors. She then went back inside the tent, and using a lighter, set fire to the tent’s fabric and laid down in the middle.

According to the report, Nasrin’s neighbour Wahed lived with his wife and two year old daughter in the other half of the tent. The family were just outside the tent when Wahed saw the fire had started in Nasrin’s side of the tent. He left his daughter somewhere safe and says he rescued Nasrin from inside. Then, with a group of other camp residents, he tried to extinguish the fire with bottles of water and blankets.

The fire destroyed the tent and both families’ belongings which included all their clothes, two mobile phones, and over 1,000 euros in total. It was quickly extinguished before it touched the adjacent tents; and before help from the fire service, located near the camp, arrived.

Nasrin, who was badly burned on her hands, back and one of her legs was brought to the hospital. 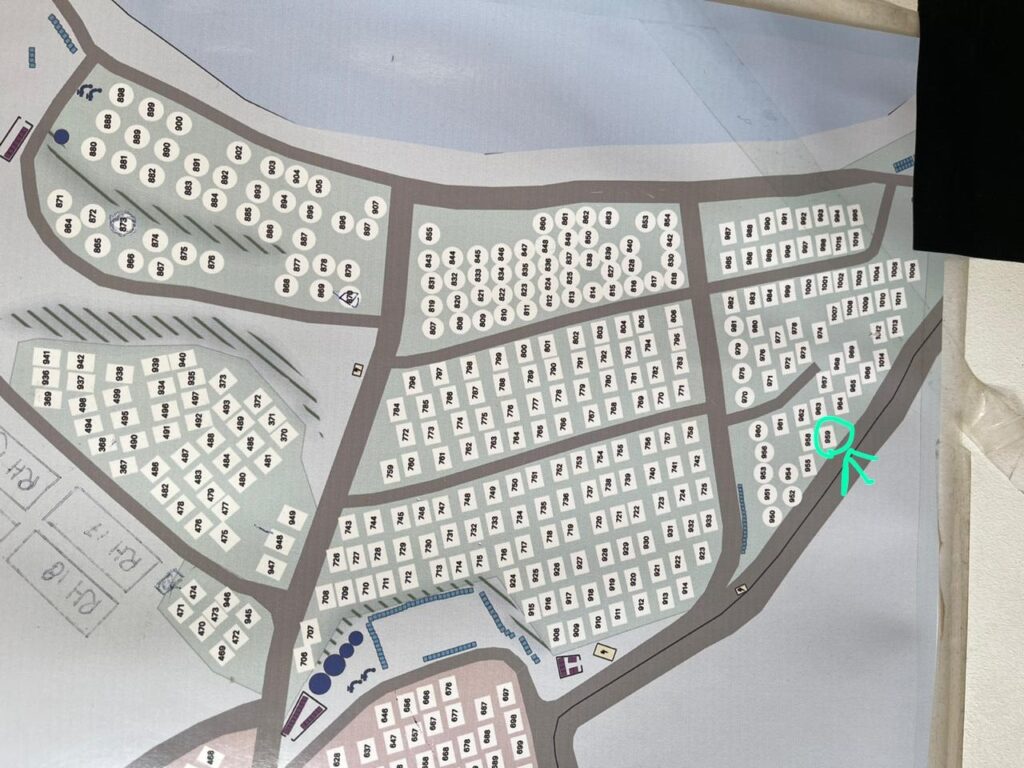 The next day, the fire service visited her to make a report on the situation. This would usually take place in their office but as she was still hospitalised, they came to her. In their report, reviewed by Solomon, it is noted that Nasrin had such significant burns to her hands that she could not sign the document which explained her account of the events.

It was just after 11am on Sunday 21st February that reports started circulating on social media about a fire which had started and been quickly extinguished in a tent. Photos of smoke billowing above the horizon were posted on Twitter.

It was only on Wednesday 24th February, however, that news started to break that the fire had been the result of a pregnant woman trying to kill herself, and that she was being charged with arson.

By this point, Nasrin had been without any sort of legal representation for over three days.

“She had no will to commit arson”

On Thursday 25th, Teresa Volakaki, a lawyer from Legal Centre Lesvos, went down to the hospital but struggled to gain access to Nasrin. The commander of the hospital said it was up to the prosecutor, who, in turn, told Volakaki a lawyer would be provided by the state; even though there was no state lawyer yet appointed. She finally managed to get to Nasrin’s bedside, who, through a translator, confirmed she needed a lawyer. “Everyone has a right to have a lawyer,” says Volakaki, who did not leave the hospital until she had ensured the young woman had one. Nasrin is now jointly represented by Volakaki and Vassilis Kerasiotis of HIAS Greece.

The following day, Nasrin gave testimony to the prosecutors from her hospital bed. Volakaki says that the young woman was clearly not in the right frame of mind to be doing this, “she didn’t remember a lot,” she says, “if someone is not able to speak…why force her to speak? And without seeing any psychologist?”

Another fire in #Karatepe. This video was sent by a friend from inside the camp just now. Another tent burned down. Refugees on the ground reporting of one injured person. We cannot verify this information at the moment.#Moria2 #LeaveNoOneBehind pic.twitter.com/b8yOYpIPlH

Volakaki says that it’s important to note Nasrin had no “will” to commit arson which is a necessary condition of the charge. “She just wanted to kill herself, which is not a crime in [Greek] legislation,” she says. According to Volakaki, Nasrin said she had been struggling with suicidal thoughts for two months before she finally tried to kill herself. For years many medical organisations have been sounding the alarm about deteriorating mental health of people living in the island camps. In December MSF said there was a mental health emergency happening in camps such as Lesvos and Samos.

Nasrin has spent her entire pregnancy between two camps.

First in Moria, known as a “hell” which, at its peak, had a population of 20,000 people. Many there lived in makeshift wooden structures or thin summer tents outside the official camp walls. After the fire on September 8th which destroyed large parts of Moria, the “emergency” camp was built.

It was here that Nasrin spent her second and third trimester, in a site which has been dubbed “Moria 2.0” by many of those who live and work there. It has been beleaguered by problems, tents flooded in the first months and as temperatures dropped this winter, inhabitants struggled to heat their tents and the site situated by the sea, was struck by strong winds.

Electricity supply is also limited throughout the day; when Nasrin’s husband was asked if his wife was cooking at the moment of the fire, he responded that the part of the camp they lived in did not have access to electricity at that time of the day. On the day of the fire, 6,971 people lived here.

It can be difficult to sleep in your third trimester and some women find it difficult to walk, says Marina Papatoukaki, who is a midwife with MSF on Lesbos. She describes how challenging it is to be heavily pregnant in this camp. Some pregnant women with urine infections have told her they avoid drinking water, so they need the toilet less. Some are worried about getting attacked if they go to the bathroom alone at night and others struggle to eat the food provided. Three women she’s treated have given birth in the camp entrance whilst waiting for an ambulance.

Papatoukaki says she can never quite believe she’s treating pregnant women living in Europe in these conditions. “They need to be transferred to the mainland in a safer place,” she says, “they cannot live next to the sea in the middle of winter, it’s inexcusable for me.”

A cry for help

UNHCR, one of the principal actors in the camp said that they were aware of Nasrin’s case. They told Solomon that they were in touch with the family and were seeking more information on the situation. “While a legal process is under way and we fully respect this, UNHCR views the woman’s actions primarily as an act of desperation, a cry for help from someone extremely distraught, who has been residing in camp settings on the island since December 2019 and facing various pressures,” they said.

Teresa Volakaki wonders how it all got to this point, “this woman should have been seen by a psychiatrist or psychologist for sure and I don’t think she has seen anyone,” she says, “so she has had suicidal thoughts for a long time and no one knew that…I’ve been working here since June 2020 and it’s one of the worst cases I’ve seen.”

After Moria burned last September and Lesbos became headline news once again, many European countries agreed to take in refugees from the camps of the Aegean islands. For years Greece has pointed to the lack of “European solidarity,” which has meant the camps on the islands have grown increasingly crowded. Germany announced it would take in 1,553 people but so far it has taken in approximately one third of that number. On March 1st, 15,167 people still lived in the Aegean islands.

Cases of family reunification, one way asylum seekers can leave Greece to join family, usually take months to happen, even after the claim has been accepted. Asmaan, a 21-year-old refugee from Afghanistan told Solomon that her application to be transferred to France to join her husband was accepted last October; but she is still waiting in the camp.

“Everyone is annoyed with waiting; I don’t know for how long it will be like this”, she said.

“Sometimes I too get angry and think of going to the people and ask them why it’s taking so long to send me there. And I wanted to shout at them. But I couldn’t”.

Nasrin also has to wait to see how her case progresses. For now, she cannot leave Greece; but there was some good news. This week she gave birth to a baby boy by cesarean section. By all reports they are doing well.

Lawyer Vassilis Kerasiotis of HIAS Greece, who is defending the young woman together with Teresa Volakaki, is optimistic. “The criminal prosecution for arson stigmatized a woman who resorted to the ultimate act of protest because of the humiliating conditions,” he told Solomon. “We believe that, after the woman testifies to the examining magistrate, Justice will rise to the occasion and give her the opportunity to relocate to Germany, which also is the only viable solution.”

* All names have been changed to protect identity.

The websites of Solomon and BIRN came under a massive DDoS attack after they published a joint investigation on Yasam Ayavefe – a Turkish businessman convicted of fraud. The website Inside Story had received a similar attack after publishing its report about Ayavefe’s honorary Greek citizenship.

Solomon and BIRN look at how a Turkish businessman – convicted of fraud in Turkey in 2017 and arrested with a fake Greek passport in 2019 – bought his way to honorary Greek citizenship.